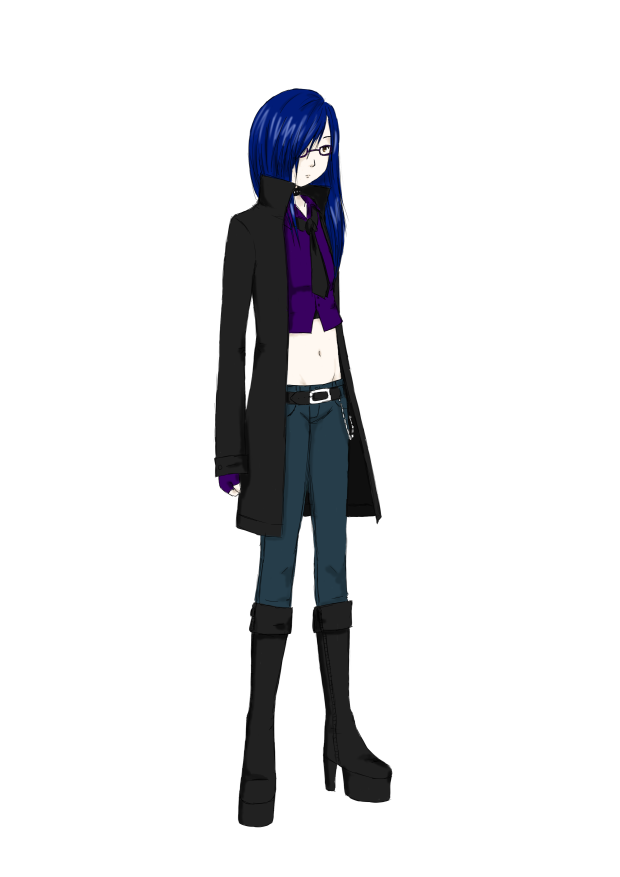 (IMPORTANT: Most of the information on this page is quite old. I hope to update this page with new information as soon as possible.)

Name: QUINN (Kana: クイン)
Gender: Female
Age: Young adult
Height: 170cm (5’7″) (Her current voicebank readme says 186, but this is severely outdated)
Weight: She won’t tell you, so don’t bother asking.
Species: Witch
Nationality: Dutch
Ethnicity: Asian
Likes: Witchcraft, nighttime, hexing people (even for no reason), quietness, being alone, animals.
Dislikes: People who disturb her, people who mistreat animals, loud and/or hyperactive people, (most) people in general.
Personality: QUINN is an introverted, somewhat antisocial witch who prefers to spend time with either her pets or by herself. However, she is not shy or depressed, she just dislikes people. She spends a lot of time in her room, whenever she does go outside it’s usually to take walks in the forest by herself. Despite this cold exterior, however, deep inside she does long for friendship; she’s just initially distrusting of people, but she’s not necessarily a bad person.

All of QUINN’s voicebanks can be downloaded from this folder, including those not (yet) listed below. However, relevant information and specific download links are listed below for clarity. (Note that QUINN will likely get a huge update for her 10th anniversary, but don’t tell anyone that…)

Relatively deep-voiced female with a soft/dark voice quality. Her future voicebanks will likely change her somewhat into a more all-round, lower-voice female.