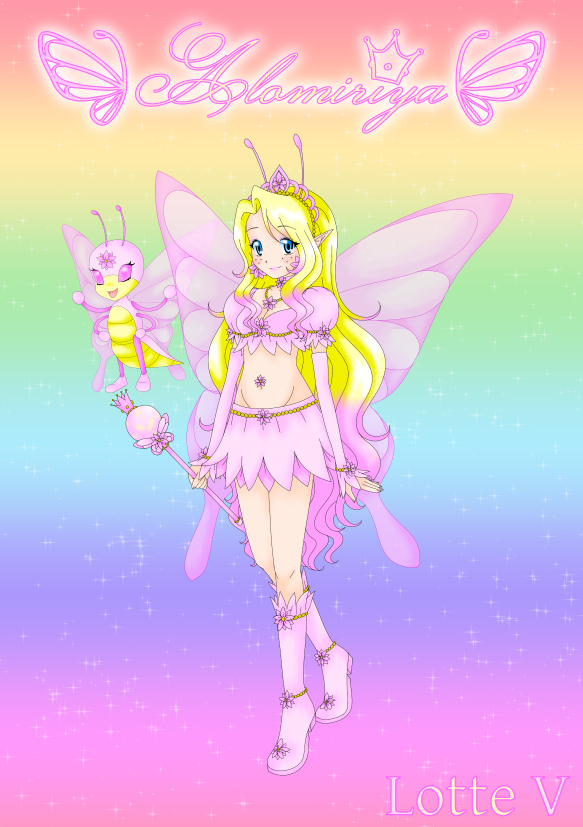 Alomyria is a magical girl/contemporary fantasy web novel authored by Lotte V. It is mostly aimed at a female audience of about 10 and up. Despite this, there should be something to like for a wide audience of people.

You can read it over at the following locations:

Karin is just a regular 18 year old girl in her senior year of high school. Sure, she might be a tad dreamy, but other than that, she’s fairly unremarkable. That is, until her hometown one day gets attacked by a real-life dragon. On that same day, Karin meets a talking butterfly named Papiyon, who grants her the ability to transform into a fairy! Not only that, but she has to find four other girls with similar abilities to help her with her quest to save not only Earth, but also another world that lays far, far away…